ReCast - How Will Cars of the Future Understand Passengers? 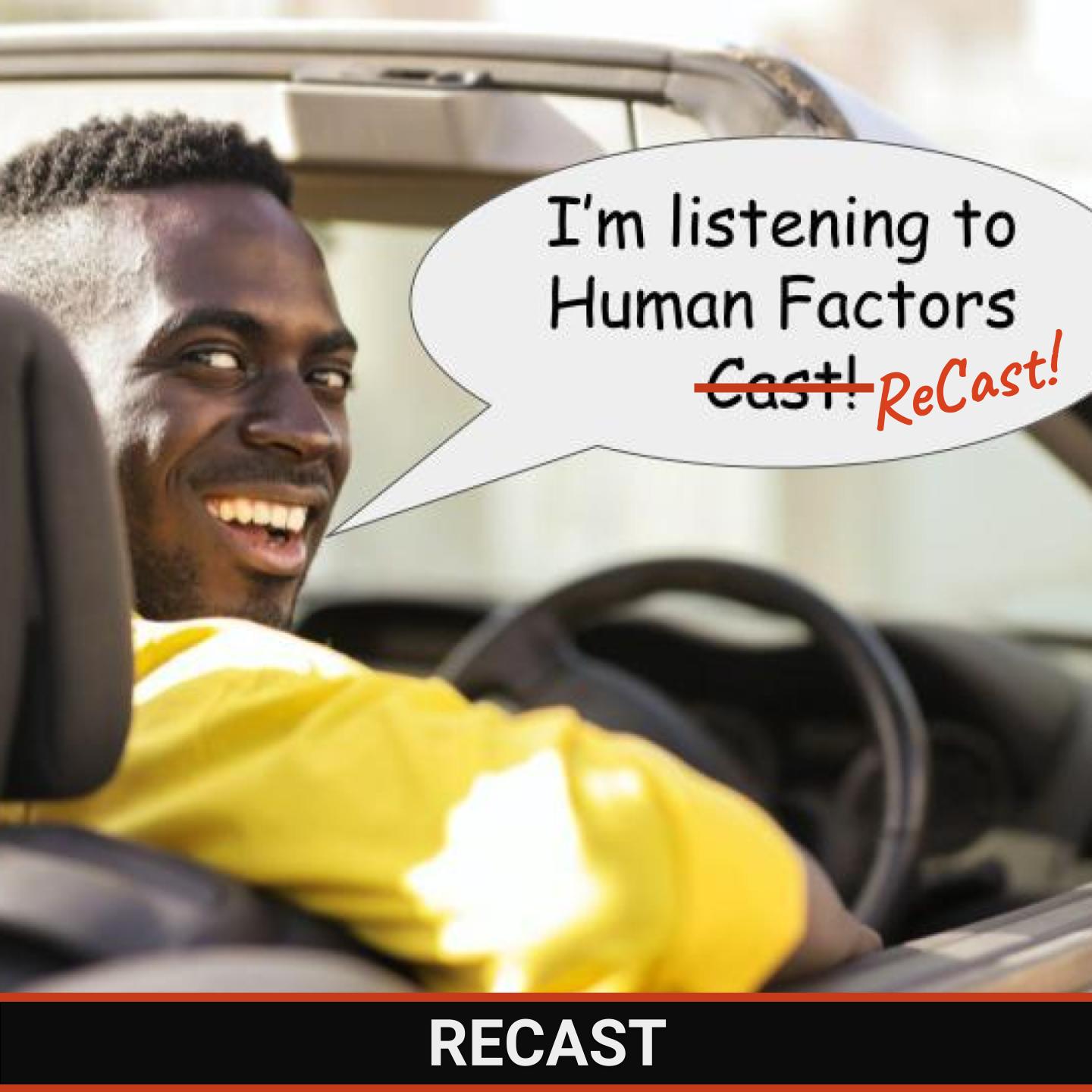 This week on the show, we talk about how Artificial Intelligence in vehicles will be able to adapt to our needs and answer some questions from the community about working at a company that doesn't use particular tools, how to approach a situation if you do the work of a Human Factors or UX person, but don’t have the job title, and how to create a portfolio with projects that don’t have “real users”.

Hey, everyone, Nick here. Just Nick for now. Due to some recent world events, our friend from the UK, Barry Kirby, will not be joining me tonight. He regrets not being able to bring you a wonderful discussion on the Human Factors implications of using buttons versus touch screens in cars. And normally we try to find a replacement, but just because this is so short notice and because we already have the streams up and running, I wanted to get in and kind of address it. We'll be back next week to talk about the buttons and touch screens in cars discussion. But in the meantime, if you want to hang out with us, you can join us on our Discord community. You can visit our official website, sign up for our newsletter, all that stuff. If you want to see what the latest over at Twelve Two is our sister podcast. Or if you want to follow Barry, he's on Twitter at Baz underscore K. And I'm Nick Rome. You can find me on Discord or across social media at nick underscore rome. We'll leave you with a rerun of one of our older episodes that can serve as a primer to next week's discussion. So, without further ado, here's our episode on how cars of the future will understand their passengers.

Hello. It's episode 227. We're recording this live on December 2, 2021. And this is human factors. Cast I'm your host, Nick Rome. I'm joined today across the sea by Mr. Barry Kirby. Good evening. It's great to see across the pond. Over the way across the pond, yes. Okay, well, you're here, and I'm happy you're here because we got a great show for you all tonight. We're going to be talking about how artificial intelligence and vehicles may be able to adapt to our needs. And later, we're going to answer some questions from the community about working at a company that doesn't use a certain tool that you're used to how to approach a situation if you don't have a UX or Human Factor's job title but do the work, and creating a portfolio with projects that don't have real users. Let's get to why the reason you are all here is

on the models themselves. Right. The data comes in. How does that model make decisions based on that data that comes in? There's a lot of things that go into artificial intelligence and safety is another piece of it. Right. We can talk about this with some specific examples later. But I'm thinking of the case where maybe the car or automated system within the vehicle misunderstands what a human is doing and creates a situation where it then puts the human at risk because of

exposure to a what's the word I'm looking for exposure to that bad stimuli. So like it might pull the car over where that might be more dangerous than just driving forward. Anyway, that's kind of some of the things I'm thinking about. What about you, Barry? Where's the current state of AI to you? What key things do you want to bring out? One of the big things that I think we should be looking at is regulation as well. And the impact of regulation is going to have on AI in general. So there's all sorts of things around personal information. So the EU, we've got GDPR, the ability to understand where all your data is being used and how it's being used and the appropriateness of that. And really there's almost a big hammer to crack small nut. At the moment, we don't really know how AI is going forward and how that is going to play. But we've got some really sledgehammer rules that really could be stifle how AI is developed and going on moving forward. But I think some of the interesting bits here are going to be around where AI in automotive is going to be and where that's going. And so to drive into some of that, I guess

AI technology and automotive has got a whole bunch of bits around it that we're starting to get to use, but it's almost at the precipice of things that we could do really well. So we've got to have the decisions that it makes. We got to have them, they've got to be understandable people are going to drill into them and understand why they're making the decisions, which goes back to the point that you were making earlier. So they'll use neural networks to come up with these decisions, but we've got to understand why and they've got to make the same decisions on a repeatable basis. So not just choosing A on one day and B on the next, and not understanding when that's going to happen. And then the thing that always trips a lot of this thing up is the edge cases is when things are not things happen that you don't expect and how does it handle that and will you do it in a really good way? So the current AI gets used on sort of speech recognition, user interfaces, diagnostics and maintenance and things like that, vision recognition, so making sure that I stayed in lane and things like that. But as we get, as we going forward, the driving element is more and more being taken over by AI. We've talked about things like Tesla and other things in the past, about having their auto drive capabilities and we starting to get a lot more down that route of how cars taking over, more of the driving task. So we should be able to see in the future that actually software, we're doing a lot of the driving. We've seen elements of where taxi services, for example, will be expected not to have a driver in them. You'll get in the vehicle and it will take you where you need to be. There's going to be some issues around that, around how do we do the software development and the cybersecurity of it. So how do we make sure that something that is using AI doesn't get hijacked? And there has been some really interesting things on YouTube and things like that, where people have been shown to demonstrate how they can hack a car system through an open leak on the windscreen wiper and things like that. So there's going to be a fair bit of work done around that cybersecurity bit to have that complete trust in there. Yeah. And you bring up cybersecurity and I think to me, cybersecurity is one of the largest sort of not missing links, but sort of gaps right, in sort of the way that we're thinking about this. And I want to link that back to something you said about data and personal data and what happens with it. Right, so you mentioned GDPR, the whole ethics of what happens to data, especially when you're collecting data on a person. Right? It's one thing to get driving habits. You have a car that's attached to an owner, and you get driving habits from them. And that, to me, is like one of those cases where it's probably okay to gather because you can't really tell who's behind the wheel at any given time unless you have data on seat height. There's other things that you can get right, but it becomes a little bit less clear. But when you're pointing a camera right at somebody and you're trying to get information on their body language, on the number of yawns that they're doing, the number of blinks that they're doing, how long their eyes are closed while you're on the road, this becomes very dangerous when you start to think about the implications for what insurance companies can do with that type of data. Right. Or even worse, imagine if those are markers for other things, like, I don't know, sales habits or something. I'm making a huge stretch here, but if that data is exposed, it's going to be a big problem for people to solve. And so cybersecurity comes down on all that. Then we have the ethics of that. There's laws in some states, in some countries that require people who are getting data collected on them to be notified. Right. GDPR, I think, is kind of that, but for the Internet, that's my understanding. And so will you need to have something where you hop into an automated taxi service that monitors the inside of the cab and collects data and operates on that data? Will you have to notify the passengers? Is it something where you summon an Uber or Lyft with your phone while you're waiting, and say, hey, we're going to give you an automated vehicle while you're in there, we might collect video on you, and this is what we're going to do with it? And if you agree, hit yes, otherwise we'll get you a human driver.

We don't have humans anymore. We got rid of them. And so is that something that you agree to upfront? I feel like that's probably the loophole that a lot of companies are going to do. Hey, we might collect data on you while you're in the vehicle.