This week on the show, we talk about the Transportation Research Board 2022 Annual Report. We also answer some questions from the community about UX Research being overhyped as a field, human factors engineering career help, and gaining experience for Grad School.

Two 70. That means there have been 269 at least episodes before this one. Episode 270. We're recording this live on January 12, 2023. This is human factors. Cast I'm your host, Nick Rome, joined today by Mr. Barry Kirby. Hello and good evening. Hello and good sleepy evening to you. We got a great show for you tonight. We're going to be talking about this report from the Transportation Research Board, their 2022 annual report. And later, we're going to be answering some questions from the community about UX research being over hyped as a field, human Factors engineering career help, and gaining experience for grad school. But first, we have some programming notes for you all. If you're not aware, we have just done we have completed, I guess, our Patreon refresh, updated some role titles, clarified some benefits, added some new things. So human factors. Cast Academy is new. And we also have something else coming soon. Human factors cast roundtable. You can basically pay to have yourself on your own podcast with myself and Barry for our patrons, even if you're not a Patreon patron, it's worth heading over there because we do post all of our stories for next week on the polls we put up there. Wow, that wasn't rehearsed at all. We put the polls for next week's stories up there where everyone can vote whether you're a Patreon or not. All you need is an account. But next week, we have Inside Japan's long experiment in automating elder Care, the best of CES 23. Please pick that one. And then we also have first ever UK space flight set for January 9, which was pick that one. So you have my favorite. You have Barry's favorite, Barry. Sorry. What's the latest over at twelve two. So twelve two. Obviously, the live episode is still what you can see is the 2022 in review. But I'm really excited about the fact that we've got some really cool interviews lined up for 2023. So the next episode to come out will be my future look onto 2023, what we can hope to expect. And I recorded my first interview yesterday, today, and I'm not going to say who it was with yet, but Legend isn't going far enough. Legend. And I'll leave it up. Can you just type it to me so I can see that's great. No. All right, let's get into Human Factors news so I can forget about this.

maybe. Is it overhyped? Maybe. It depends. There you go. All right, this next one barry, this one is interesting because they've neatly packaged up twelve questions for us. I think it's twelve. It better be twelve. They've neatly packaged up many questions for us. So I think what we'll do is, since we have a little bit of time here, that first story today didn't really take us a whole lot of time. What we'll do is we'll kind of go through each question and answer it and then we'll move on to the next one. I'd like to start with a couple of them here. This is from the human factors subreddit. This is KAG Leyan Y I hope I said that right. Seeking human factors engineering career help. Can you please answer these questions? I'm unsure if I should choose human factors engineers. My career. Okay, so this is somebody who's completely looking at the field. Do they want to pick it? The ones that we don't really cover on the show, I'm going to kind of focus on. Like I said, there's twelve here, but I think we focus on the ones that maybe we haven't touched on so much or bear repeating this first one here. How much do you think you could benefit the world with this career? Loads. So from a basic standpoint of if you do, I mean, firstly, we don't talk about human factors engineering very much in the grand scheme of things. So I really come out around human factors engineering quite close to my heart. So benefit the world with the Korea? Well, actually, now that we are starting to understand that human factors in HFE really works outside the workplace as well, so it isn't just purely scoped to the environment of our workplace. I think we're only just starting to really get this idea of almost metahuman factors and things like that. We mentioned earlier on in this episode around climate economics, which is the application of human factors to global challenges. So just the fact that we can now think in that scale at that size, I think we are now realizing that almost the world's, Royster, so fundamentally, at a really basic level, doing HFE, doing it properly, means that you're going to get really good engineering solutions, your safe solutions that will delight your user because you've got them in that engineering development. So you will hang for a small level, creating good quality products and you can save the world. Nick, do you ever miss anything with that scope there? Yeah, you missed a couple of things. I'm going to bring us back down to Earth, pun intended. Look, here's the thing. You could save the world with this. Like, human factors is a fairly ubiquitous field. It can be applied to literally every single thing on this planet. The part where I caution against that is, or at least the thinking that you could save the world is that it will largely depend on what you're working on. So if you're working on something like a very specific line, on a very specific lane, on a very specific street, in a very specific small town, in a very small town, rural America, right? Then you're going to save the people of that town. I still think it's worth considering that you can save people's lives absolutely unequivocally with human factors, and that in itself should be a reward. Or you can improve people's lives if you're not saving them, if you're not working on safety related things, you can absolutely improve people's lives by making things easier to do. And that in itself is one of the most rewarding things as a human factors practitioner, that I get to do, when I look at the end of the day and I see, oh, this person has improved their output by whatever, that, to me, doesn't translate. Oh, that means they've increased their efficiency, that means they're spending less time getting frustrated on the things that were holding them back before. And so it matters which lens you look at the world through. You could save the world with this if you were working in climate. Ergonomics, yeah, absolutely. If you were working in standards, think about how many lives you would save with standards like that's. A lot. Right. So thinking about it from that lens a lot. You could absolutely benefit the world, but largely depends on the scope. Do you have any rebuttals to that, Barry? No, I'd agree with you, but if you do want to save the world, there is now a fully funded PhD that is available here in the UK that you get to work with me and Caldif University. That is an open thing right now to be able to come and save the world through human factors engineering. Just saying. Look at that. All right, Barry, this next question is really interesting. Do you have any regrets about human factors engineering in this career?

Yes, I do have one. Regret, I think. And it's not regret is a strong word, I think. So, in many ways, I wish I'd known about human factors earlier. We talked before about where my soul career path and the fact that my initial degree is commanding control. So I'm an engineer first and then I found Human Factors. I wish in many ways I'd found it earlier, so I could have done more with it, but then if I found it earlier, I want to do everything else that I'd done which then influenced the way I work about things now, et cetera, et cetera. So it's a sort of regret that is kind of non realistic because I would have got there. 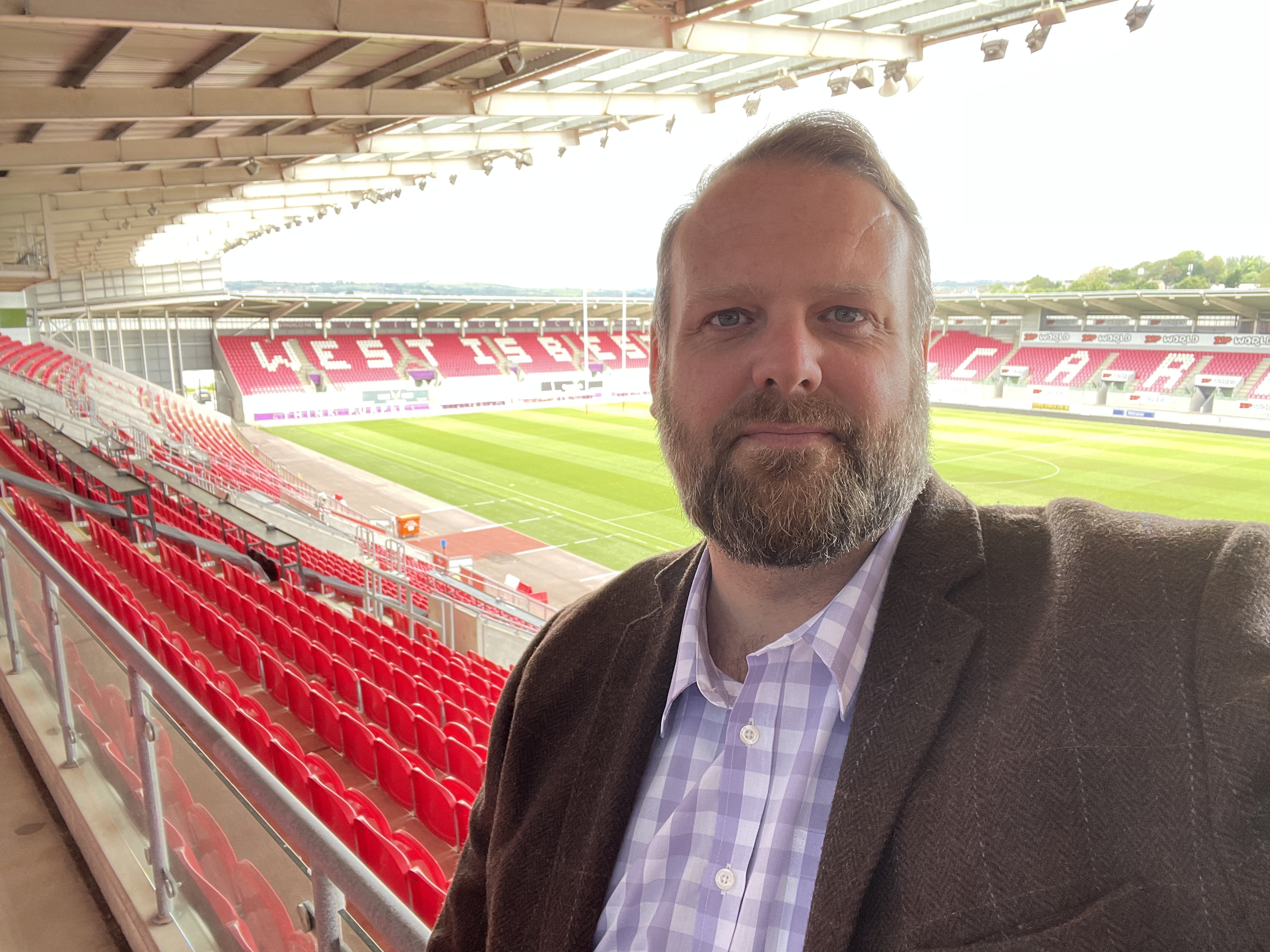