E263 - Talking to dead people is about to get real

This week on the show, we talk about technology that lets us “speak” to our dead relatives. We also answer some questions from the community about stepping on a Product Manager's toes, the practical difference between UX, HF, and HCI in the workforce, and advice on pushing back against dark patterns.

Check out the latest from our sister podcast - 1202 The Human Factors Podcast -on Proactive Learning - An interview with Dr Marcin Nazaruk:

Hello, everybody. Welcome back to another episode of Human Factors Cast. This is episode 263. We're recording this episode live on November 3, 2022. I'm your host, Nick Rome, and I'm joined today by Heidi Mehrzad. Welcome back to the show we had you on last week. Couldn't stay away. Hello. We got a great show for you tonight. We're going to be talking about technology that lets us speak to our dead relatives. And we'll also answer some questions from the community about stepping on a product manager's toes, the practical difference between UX human Factors and human computer interaction in the workforce, and advice on pushing back against dark patterns. But first, some programming notes. Community updates just if you're in the United States, election Day is next week. Go vote. First and foremost, go do that. That's really important. Also next week, there's not going to be a show. We're going to do a short hiatus next week. On the 10th no show, I will be in a cabin in the woods. That's part of my one more thing, but we'll talk about it then. If you're unaware, we did a ton of info. We did a ton of stuff out of Human Factors ergonomics Society annual meeting, and we've now compiled a blog post recap of everything that we've done. It's out there on our blog. Please go check it out if you haven't already. And we also have our October News roundup for anyone who wants to follow up with the news. Barry is not here with us today. He's out on holiday. But if he were here, I'd ask him how twelve two is going. And he's still got the latest from Marson Nazarek on Proactive Learning. His interview with him is still up on his channel. Go check that out. He'd tell you all about it over there. But good stuff. I listened to the interview earlier today, so I knew what I was talking about. All right, well, with that, why don't we get into the part of the show we like to call

Human Factors News? This is the part of the show where we talk about some interesting things human Factors related. Heidi, what's the story this week? This week, the story is technology that lets us speak to our dead relatives has arrived. Are we ready for it? So this week, our story is all about talking to dead people. Well, sort of. Technology like this, which lets you talk to people who've died, has been a main stay of science friction for decades. But now it's becoming a reality and increasingly accessible one, thanks to advances in AI and voice technology. MIT Technology Review has published a piece on talking to voice assistants as dead relatives. Constructed by the California based company hereafter, AI empowered by more than 4 hours of conversations they each had with an interviewer about their lives and memories. The company's goal is to let the living communicate with the debt. It's not hard to see the appeal. People might turn to digital replicas for comfort or to mark special milestones like anniversary. At the same time, the technology and the world it's enabling are unsurprisingly imperfect. And the ethics of creating a virtual version of someone are complex, especially if that person hasn't been able to provide consent. For some, this tech may even be alarming or downright creepy. But there's something deeply human about the desire to remember the people we love who passed away. We urge our loved ones to write down their memories before it's too late. And after they're gone, we put up their photos on our walls and we visit their graves or their birthdays, and we speak to them as if they were here. But the conversation has always been onesided. If technology might help us hang out, hang on to the people we love, is it so wrong to try? So, Nick, what are your thoughts on this?

I'm all over the place with this one. My initial thought is this reminds me of a Black Mirror episode that we've actually talked a lot about on the show they mentioned in the story. And Blake and I, back in the day, actually did a full commentary on for our patrons. We did a sort of watch along for this. But at first glance, this technology seems like an awesome idea, right? Help others preserve the memory of loved ones. And at the base level that sounds great, but as a human factors practitioner, my mind immediately starts trying to solve for some of these worst case scenarios, many of which we will talk about. But I just think this thing is riddled with maybe more problems that we need to solve than it has solutions for. And I'm wondering if it's worth it. But Heidi, what are your thoughts on this one? So I actually, like I said in the pre shoot, this is a very personal one for me. I suffered a lot of grief over the last couple of years, a lot of loss. I look at it from a pure human factor's psychology point. Psychology is more important for me in this aspect. And I simply have a very strong and firm belief that you should not be delaying the human reaction, which is grief, which is dealing with the pain, which is dealing with certain things. Because what I see with this is people in the very initial stages of grief using this as 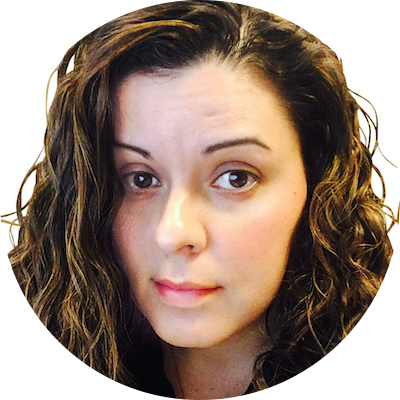