Let's choose the news for our story on 8/11! Vote down below on what you all want to hear about!

Leave a vote, retweet, and let others know!

I was going to say it feels like so, full disclosure, I've never actually been to this event in person. I've been meaning to go, and it's on my bucket list of things to do. Almost went in this year in person, but things didn't quite line up. But I really appreciate the sort of picture that you're painting here of the physical conference and sort of what I wouldn't say the popularity of necessarily each track, but sort of

in terms of the difference between sort of the physical event this year and the virtual event this year, it sounds like there wasn't a whole lot of overlap. Unless you're counting the cases in which somebody couldn't present in person. It sounds like its own whole thing, right? Correct. It was new. It was separate research. I think a couple of people got invited to either submit an extension or if there's a good talk, I think we might have had a couple of folks that present New Orleans present. But yeah, no, it was all novel work. So it was all different for the most part, probably 90% from the face to face conference. So there was some, I guess, appeal. If you really want to hear about everything that happened this year and human Factors in Healthcare that anyone submitted for presentations or lectures, going to both events was maybe something you'd want to do. Definitely. But I guess it depends on what your research areas are. You could look at the program ahead of time. So I think it just depends on what you're trying to find and get out of the conference. Right. So I think people are very appeased, but with the social aspect going to the Face to Face conference, that wouldn't happen with virtual. So those people all dropped out because they got their fill from New Orleans maybe. Right. So I saw a little bit of overlap, people who were very hungry for more content, plus folks who just couldn't make Face to Face event. Yeah. I'd be curious to see what that Venn diagram looks like of attendees. Yeah, it's kind of hard because a lot of folks aren't members. They just come to the conference. They're outside, and we have their names and emails and stuff, some of the MDS and nurses that come, but they're not necessarily human factors HFS members. And so it's not the same as knowing who attends. What if they're an HFS member?

Yeah. So were there any sort of key takeaways from either the physical event or the virtual event that, I don't know, resonated with you, you want to take forward in your own research? Yeah, there's a couple of things. During the conference, everyone was talking about the Redondo Bot case that happened back. Well, it's four years old now, but it's this nurse case where this nurse was involved in a medication error and lost a patient. And I feel like everyone was talking about it because some of the testimony had come out and she's about to be convicted and she got charged with homicide. So that was a kind of hot topic during that. And I'm actually writing a paper about it right now. And that was just something that was kind of I heard about at the conference, but it happened years ago, and I was just floored by that because it kind of sets the packet a couple of decades. Honestly, there was a lot of good, very positive things, Nick, were that the jobs for students and new professionals were everywhere. I felt like there were so many internships and jobs, and our students, many of our students landed internships at the conference, which is really awesome. What a good place for the young folks trying to find their career path to go to this conference. It's exactly what the conference should do, is provide scientific content and networking. The network opportunities for jobs was just really compelling. And then I guess it was good just to see folks I hadn't seen a couple of years and like, everyone's doing their thing still and like the research to pick back up. So it was exciting to be there. But we all still masked on and people vaccinated vaccine. It was still that shadow. The pandemic was there, and it was smaller than it's been in the previous Face to Face year, obviously. So I'm hoping it grows even more next year, which is Norlando. So anyway yeah, that sounds awesome. Question for you, is there an on site career center like there is at HSEs or is it just like through connections that they got these jobs. No, I believe we started the online career center maybe the year before the Pandemic started. And I believe there is, Nick, and I do not remember. It was like a specific room. We also have like there's like a board where you can post jobs and then you can go and drop your resume into an envelope and then the person posting the job can look through them and schedule interviews with you. I believe we had something like that, but I don't remember me. I apologize for that. I don't remember if we had a separate room this year. If we don't, we definitely need one, but I cannot remember. Yes, well, I mean, it's still really encouraging that with or without, there's still so many success stories from new grads or even students that are getting internships and jobs in the field. That's awesome. I think it's exciting that companies know that they can come there to get competent HF workers. And that's really exciting in the sense of these medical device companies and a variety of medical companies and organizations and hospitals. They hired our folks. We probably have more embedded HF folks now than we've ever had in regards to working in hospitals. And they very well likely got connected to that through HFS. I would imagine a lot of them met people that had impacts on their career at this conference, which is really exciting. 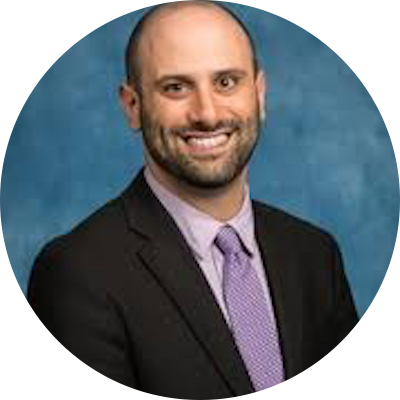 I have over 15 years of experience conducting experimental and applied research in human factors, with a specific focus on training and teamwork in medical, military, and consumer domains. I have partnered with multiple agencies and have led projects aimed at the implementation of HF/E in complex, high-risk systems to increase safety and human performance. This work includes command and control of tele-operated unmanned systems, communication and teamwork in medical systems, and simulation-/game- based training for advanced skills including playing guitar and identifying combat vehicles. My work includes over 50 publications and over 60 presentations at national and international conferences. I am currently co-director of the Research Engineering and Applied Collaborations in Healthcare (REACH) Laboratory where I work with a team of faculty and students to solve real world medical issues at the intersection of teamwork and technology.